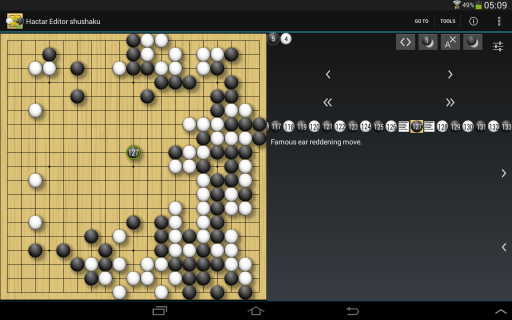 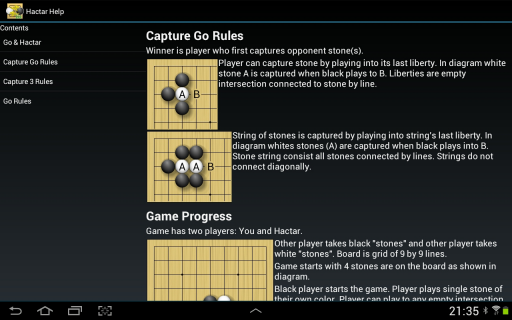 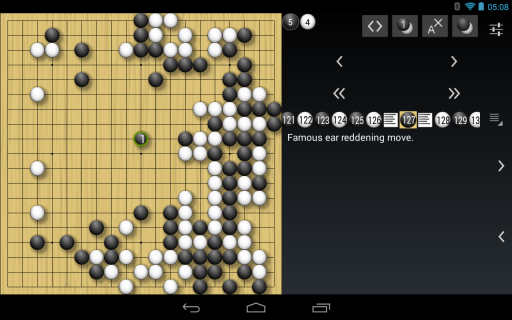 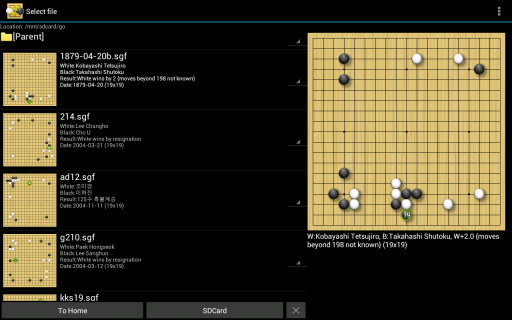 Description
Go is ancient strategy game with simple rules. Hactar go is perfect for learning go, and to study go anywhere you are.
The best way to learn go is thru game of capture-go. Hactar can play capture-go with you.
Hactar Lite can play capture-go with you. Hactar Lite also lets you try go at beginner level in 9x9 board.
It is possible to search games in device for position or players.
Hactar contains over 410 go problems (tsumego). You can also add your own collections easily, or download additional 400 problem with few clicks.
Hactar GO can be used to view and record go games in SGF format. Hactar supports variations and setup stones. Hactar can automatically replay games.
Differences between Hactar Go full version and Hactar Go Lite:
1. Full version has go opponent for 13x13 and 19x19 boards (subscription in Lite).
2. Full version has internet game search (subscription in Lite).
Please report bugs using email or feedback! It is difficult to support in Google Play forum.
Community provided localizations welcome! Localizations are created at https://home.gowrite.net/localize/.
Go is known also as igo, in China as 围棋 (Weiqi) and in Korea 바둑 (Baduk).
Full features available in Android 6.0 and later. Older versions use more limited version of application.
Hactar does not contain ads and it does not collect personal information. For full license, please see http://gowrite.net/hactar/eula.shtml
READ MORE
Flag this app
Submitting flag...