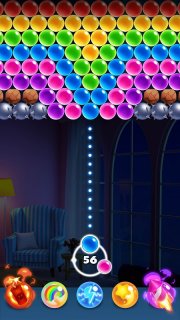 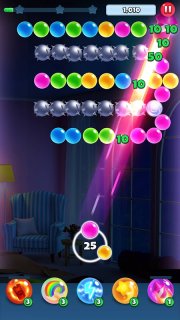 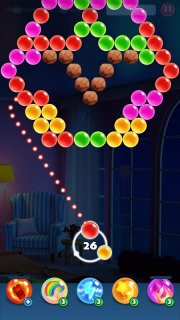 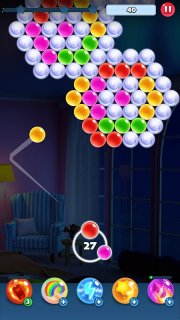 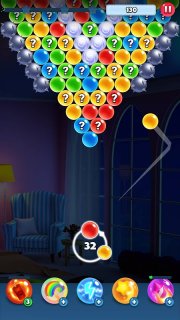 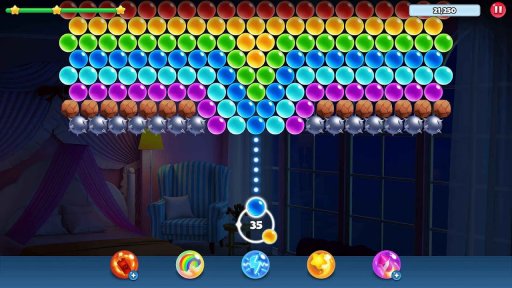 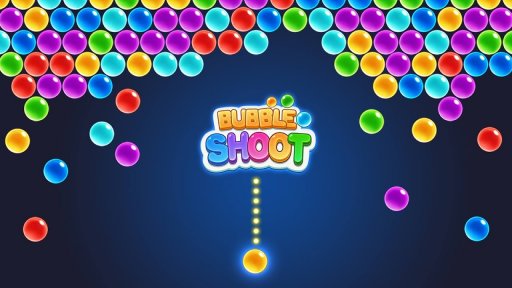 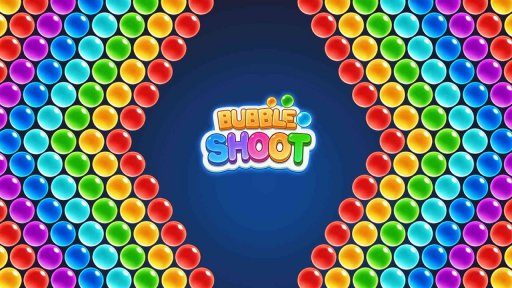 Description
Bubble Shooter is the #1 addictive bubble shooting puzzle game on Android. Aim, fire and pop your way through this enchanting bubble shooter adventure today!
Shoot and match 3 or more bubbles in this tasty game for sweet winning feeling! Pop and burst with quick thinking and smart tactics to progress to the next challenging level and be awarded with powerful boosters. Are you ready to pop and blast now?
Bubble Shooter Features:
- Never-ending fun with THOUSANDS of unique levels
- Match 3 bubbles of the same color and use combos to pop bubbles
- Easy and fun to play yet challenging to master
- Enchanting graphics that will leave you spellbound
- Play anytime and anywhere, no WiFi connection is required!
READ MORE
Flag this app
Submitting flag...

Specifications
Min SDK: 14
Min Screen: SMALL
Min OpenGL: 2
Supported CPU: armeabi, armeabi-v7a, arm64-v8a
Your CPU: armeabi-v7a,armeabi
Details
MD5: 3b909aa7da6adf8157530fb8a39f80a0
Signature SHA1: 9D:BF:6C:E1:DE:F6:BC:A7:FF:78:01:36:0D:C8:C0:7B:48:1E:B6:91
Developer (CN): FruitsMobile
Organization (O): FruitsMobile
Locality (L): Beijing
Country (C): [CN]
State/city (ST): Beijing
Permissions
android.permission.ACCESS_NETWORK_STATE
Allows applications to access information about networks
android.permission.FOREGROUND_SERVICE
android.permission.INTERNET
Allows applications to open network sockets.
android.permission.RECEIVE_BOOT_COMPLETED
Allows an application to receive the ACTION_BOOT_COMPLETED that is broadcast after the system finishes booting. If you don't request this permission, you will not receive the broadcast at that time. Though holding this permission does not have any security implications, it can have a negative impact on the user experience by increasing the amount of time it takes the system to start and allowing applications to have themselves running without the user being aware of them. As such, you must explicitly declare your use of this facility to make that visible to the user.
android.permission.VIBRATE
Allows access to the vibrator.
android.permission.WAKE_LOCK
Allows using PowerManager WakeLocks to keep processor from sleeping or screen from dimming.
com.google.android.finsky.permission.BIND_GET_INSTALL_REFERRER_SERVICE
com.google.android.gms.permission.AD_ID
This app is Trusted 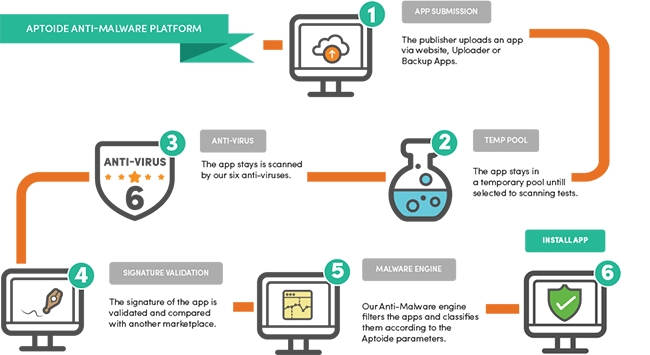